I don’t like people that much. So while I like hostels as a cost-saving option, I need my space too. In my last post, I reviewed NYAH where I stayed for two nights during my trip to Key West. I also spent two nights at The Casablanca Hotel so I could have a room to myself.

Casablanca has just eight rooms housed in two 19th century buildings. It is said to have been the stomping ground of George Bernard Shaw, James Joyce and William Butler Yeats. Humphrey Bogart even stayed there in 1937 so this place has history.

Casablanca is located on the southern end of Duval Street and next to the Ernest Hemingway Home and Museum.  It’s, therefore, near the popular southernmost point buoy and the Key West Butterfly and Nature Conservatory.  Most places you will want to go are in walking distance. You can, of course, just call an Uber or Lyft if you don’t want to walk. There are lots of eating and drinking options in close proximity and it’s Duval so you can expect some noise at night. My room was in the back and the little music I heard didn’t bother me. It takes about 12 minutes to drive between Casablanca Hotel and Key West International Airport. 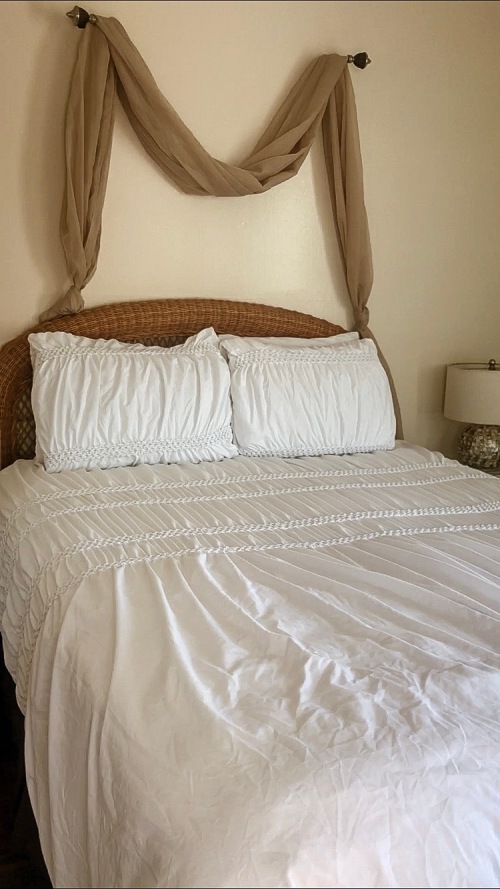 I had Room 6 (I think) which was upstairs and it opened out to the sundeck. It was spacious and clean with good lighting. It had closet space and a full-length mirror as well a tub/shower combination. The bathroom was well-stocked with towels as well as the typical little hotel soap, lotion, and conditioning shampoo. There was also a small sample of The Keys Salt Scrub which I loved! There was both an A/C unit and a fan. 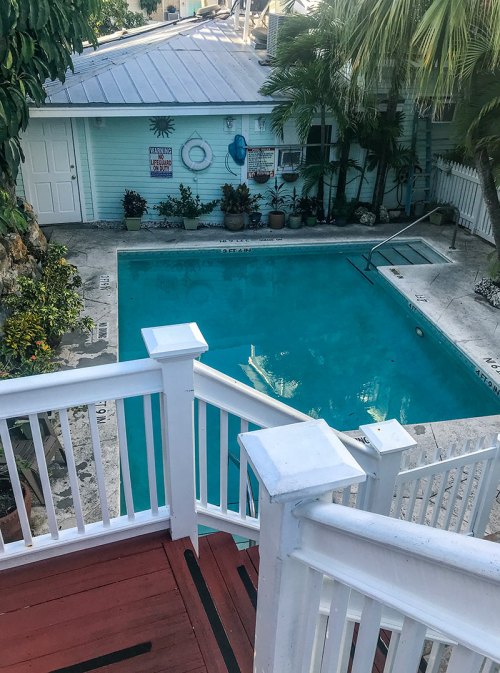 The Casablanca Hotel in Key West offers a complimentary breakfast every morning but I never got to try it since I left early both mornings. There’s also a pool although it wasn’t the most inviting one I’ve seen. There aren’t many chairs around so it’s not the place for lounging around. I don’t want to make an unfair comparison but after seeing NYAH’s pools, I was a bit biased. The Wi-Fi worked well, though and that’s always a plus these days.

I arrived in the morning so, as expected, my room wasn’t ready yet. The lady at the front desk let me leave my bags and I headed out to grab something to eat and visit the Hemingway Home. When I returned in the afternoon, I was escorted to my room and told the breakfast times and Wi-Fi password. I didn’t have much interaction with staff beyond that. I checked out before reception was opened so I dropped my key in the convenient box just outside the door.

I’m not sure. The location is great and the room had what I needed but I wasn’t wowed.  I didn’t see many other guests and there wasn’t a lot of atmosphere at the property. Of course, there’s lots of that on the main strip so the hotel can be a respite. Still, I would probably try another property if I were to revisit Key West.

Have questions about something I didn’t mention? Drop it in the comments?

This site uses Akismet to reduce spam. Learn how your comment data is processed.